A downloadable game for Windows and macOS

Something is lurking in the shadows...

Explore a crumbling, nightmarish landscape, slice through enemies, and spring deadly traps in order to escape the evil that awaits…

**INMOST is an intimate story of loss and hope that some may find upsetting. Player discretion is advised.**

In order to download this game you must purchase it at or above the minimum price of $14.99 USD. You will get access to the following files:

the whole time i was confused but the ending made me sob, somehow i missed the part where it was an emotional story and just thought it was a platformer puzzle game. Incredible story and artstyle. I noticed a few bugs here and there visually with the keeper and some doors. At one point the story didn't progress and i had to reload it but that was fine. Loved the game!

great game! but i was playing as the knight in the area right after the deaf monster and i managed to break the game. idk how i was just pressing e and arrow keys to see my new attacks since (SPOILERS)

the knight had a new ink blob effect to them. next thing i know i was teleported and stuck in the ground lmao i could walk around a little but he would act if i was going up and down stairs and through a path before then getting soft locked behind some set pieces. very weird and idk how i managed to do that. also when we finally got to the keeper, the sprite went haywire. it glitched severely to the point where i saw it t posing upside down with its feet sticking out of the ground at one point. not the first time i saw a sprite glitch (when the mosquito dude fixes the string on the elevator, the string glitched in and out of existence and later on the knight's png compresses itself and gets titled after fighting the snake) but def the worse due to it being an impactful scene rip. after finishing the game anytime the keeper was actively moving on screen it would glitch out so idk if this was intentional or not at this point

To not spoil it too much but give a synopsis, you play as three main characters to figure out an interwoven story. A knight in a fairy tale, a man trying to save himself and unlock his past, and a young girl who is trying to discover the secrets of her house. The whole game is a 2D platformer-puzzle where the mechanics never get old and there's a wide variety of things to explore.

WARNING: Very Direct mentions of suicide and semi shown ||people falling to their death||. Abusive family figures. Murder-Suicide. An overall very dark tone that will probably result in tears and a story that does not have the happiest of endings. The ending is still V GOod and not *bad*. It's hopeful. (also everything is told in 2D pixels so it's not v graphic.) And one more thing, you can't always help. some bad things happen that you can't control. ||but that's a part of life and you have to keep going anyway. And the pain lessens and things are okay||

But please please it's beautiful. You can tell that every pixel in this game was placed with love and care. You can feel the struggles of the character and the pain it takes to keep going and yet you do. The music is wonderful and so fitting and beautiful. I just... can't recommend this game enough. It's only about 3-5 hours of gameplay but some of the most beautiful I've ever seen or played in my life.

Amazing game, I really appreciate the message along with the effort y'all put into it. The specific line "Life doesn't need your pain" is something I really needed to hear. Thank you.

Something I wanted to ask about- the Keeper glitched out visually for me, with chunks of it swapping all around when it moved, which I originally thought was intentional and part of the story somehow. However, considering the game has essentially zero "meta" elements, I'm guessing that was just an actual glitch. Is that the case?

same thing happened with me and the keeper. very trippy

This is a amazing game, havent play anything that good since a while.

Completed this game twice now its really that good, still as good as the first time, I missed so many small details which I didn't notice the first time I played.

This is lovely to hear! Thank you for playing :)

This game fr made me cry so hard

The whole game is aweseome, and yes... it made me cry so bad too... like a child.

How do you use the knife or sickle?

Reply
Meeka Nomicon319 days ago
Wow, this game is so detailed, all of the environments stand out, and it feels like so much effort has been put into each part. I did get confused about the story at first, but I am glad that there was an explanation on what I was experiencing. It really changed how I looked at the moments while editing the video and seeing how each part came together.

The combat was challenging, there were a few moments where I kept dying but the quick respawn really allowed me to experiment when trying to progress.

I am really glad I played the game, and just sad that it went under my radar for so long.

Cried a lot to this games ending, it has the perfect turning point and the story telling is amazing. The art is phenomenal too.

Thank you for the lovely comment, so glad you connected with the game <3

A short, dark adventure about pain. Inmost is a gothic mystery told through the experiences of a treacherous knight, a curious young lady and a wandering stranger. The highlight of this game is the atmosphere. The land tells the story; a dark fairytale grief and strife and hurt and loneliness. It's a tale exceptionally told; and while not challenging, the gameplay is engaging and moves the story forward. The sound design is also sublime. All in all I give it a very strong recommendation.

this game is fucking perfect

Haven't played this just yet but wanted to say how happy I am to see a game from Lithuania! Really looking forward to checking this out soon & your future works! Linkiu sėkmės <3

Just finished it, first game in a long time I've played start to finish. I found myself actually invested in the story and I enjoyed the puzzles. There is a lot to love here and I'll happily recommend this game to fellow indie game enthusiasts.

This game changed my life

I was about to say exactly the same...

seems like a cool game and I had been looking forward to play it but it does not recognise my ps3 controller's inputs other than the left joystick and there's no way to rebind keys.

EDIT: no clue on rebinding but if you add INMOST as a non-Steam game to Steam and configure your controller through there, you can launch this game on Steam and have the controller work as it should.

EDIT2: after finishing it and bawling my eyes out at the ending I gotta say this was a great game. Lovely art style, music, and sound. Controls took a bit to get used to since they change a bit for each character. My only complaint? Graphical glitches in the cutscenes, the big Keeper dude suffers a lot from them and the last big cutscene has them here and there which strains the immersion quite a bit.

The game is beautiful in all ways. The music is perfect for every scene, and every little sound makes the game all the more impactful on the experience. And could I would love to note that the intro is amazing in itself, the music on top of the beautiful and well done art, I haven't been that blown away by a game in years.

The controls are fun and easy to get used to, and the mechanics are also extremely fun. I love that to complete what would seem to be a simple task, you have to go through many different obstacles to get all different puzzles working. Going back and fourth through the map, allowing the player to get used to the controls fast, and get used to how the game works.

The story telling was nothing short of fantastic. The game tells the story slowly, and when there a vocals telling a story, it only plays after you've reached a certain point, which isn't the best idea, seeing as though if you get stuck for a while and finally get to the next point, a voice starts talking about stuff you probably forgot about. But I digress.

I love the game, and I rate it as follows:

this is beautiful, poetic and deep

the art is very great and the music is awesome

Such a beautiful game, thank you so much, incredible story, art, sound design, environment, music, voices, and above all, the message you're telling.

Thank YOU for playing it & the lovely comment! So pleased you enjoyed it :)

loved it! really touching story. if u are like me and need help to understand the connection between the three stories, reddit gotcha lmao.

I love it. Grafics are amazing and the story is fantastic, if you don't think if you want to buy it trust me, the random stranger from the internet and do it.

Indie type games usually aren't my type but wow, this was amazing.

Fantastic game. The visuals, soundtrack and writing are the stars of the show. The gameplay can be somewhat clunky, but the game is easy and short enough that it doesn't bog the experience down.

wrote a full review in my rating of the game. yall did amazing!

Same here, the story is soo amazing, and it's cool how it's not obvious either. You have to figure some of it out.

Have you guys done anything else?

INMOST is the team's first full release PC game they've worked on together, and the devs are currently looking into new projects. INMOST's artist Alexey sometimes shares sneak peeks of what he's working on! https://twitter.com/biuzer

was a beautiful game. though I'm slightly upset that during one of the major cut scenes there were problems with sprites bugging out. I experienced a lot of graphical glitches but I honestly don't care. so far it's the best itch.io game I've played. amazing work

Sorry to hear you experienced graphical bugs, this can sometimes be driver related. We'll look into it, but glad to hear you enjoyed the game :)

I really enjoyed this, but they weren’t kidding with the emotional story part of this.

Had some sprites glitching out on me. Not sure if that’s a known bug or just something with my display settings.

Any chance there`s gonna be a linux version?

Would love to play this <3 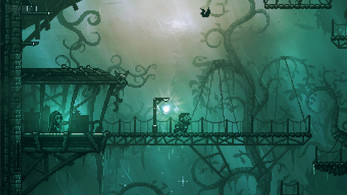 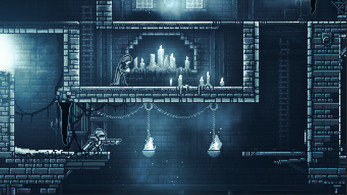 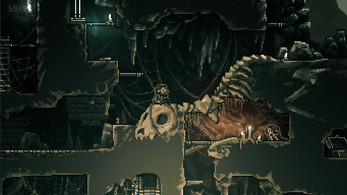 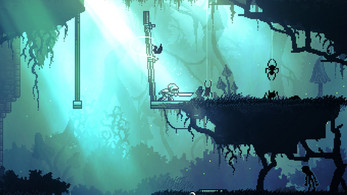 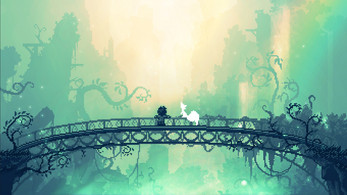